Honors an alumna who has graduated within the past 20 years, for embodying one or more values core to Emma Willard’s vision, including a love of learning, intellectual curiosity, and the character, moral strength, and qualities of leadership to serve and shape their world. 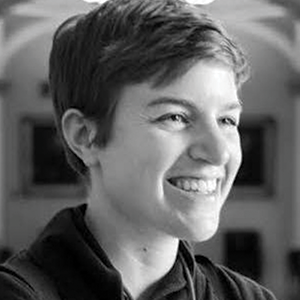 Simply stated, Erin Schaff is one of the leading photojournalists of our time.
Currently working as a political photographer for The New York Times based in Washington, D.C., she has covered major political events with an award-winning eye and instincts.
Born in New York City and raised in Red Hook, NY, Erin studied political science and women’s and gender studies at Kenyon College, intending to pursue a career in government and legislation. She credits the AP Government class she took at Emma Willard School with interesting her in politics. She soon channeled her interest in the topic to a pursuit of political journalism. Erin served as creative director for FotoWeekDC, and later worked as a photographer and photo editor at The Georgetowner. She was also vice president of Women Photojournalists of Washington, an organization supporting female photojournalists in DC.
In February 2019, Erin was hired by The New York Times as a staff photographer, the first photographer the newspaper hired full-time in more than 10 years.
In the words of her nominator, “Erin uses photojournalism to connect people across the country and around the world with the impact of the climate crisis, the effort of health care workers to respond to the COVID-19 pandemic, and so much more. She is doing remarkable work—even in the most harrowing of circumstances, such as the January 2021 storming of the United States Capitol.”
One of only two women in the pool of photographers, she received accolades for her coverage of the Ford-Kavanaugh sexual assault hearings. Of the photographs she took during those hearings, three made their way to page one of the New York Times, and two were featured in Time magazine’s Top 100 Photos of 2018.
Erin’s work has been recognized by the White House News Photographers Association and Women Photograph. Nine of Erin’s photographs were featured in The New York Times’ The Year in Pictures 2019. In the 2020 White House News Photographers Association Eyes of History Still Contest, her works won several awards. In March/April 2020, Erin’s work was featured in the exhibition “Women Photojournalists of Washington” at the HUB-Robeson Galleries.
For being where news is happening no matter the challenge, and for capturing the leading stories of our time through an astute and probing lens, the Emma Willard community proudly bestows on photographer Erin Schaff ’07 the 2022 Distinguished Young Alumna Award.
Back