Continuing the artistic theme, Gabby P. ’23 and Angie A. ’24 presented a slideshow of her favorite and significant Black artists spanning a multitude of disciplines. Kehinde Riely, Zadie Smith, Ernest Withers, and Kara Walker were just some of the artists featured.

The slideshow concluded with art by Emma Willard Students, and included an explanation from Gabby about her current art concentration, including some work-in-progress.
“The theme [of my work] is Black women in particular,” she said, explaining that she wants to show Black women with a multitude of skin tones in paintings. 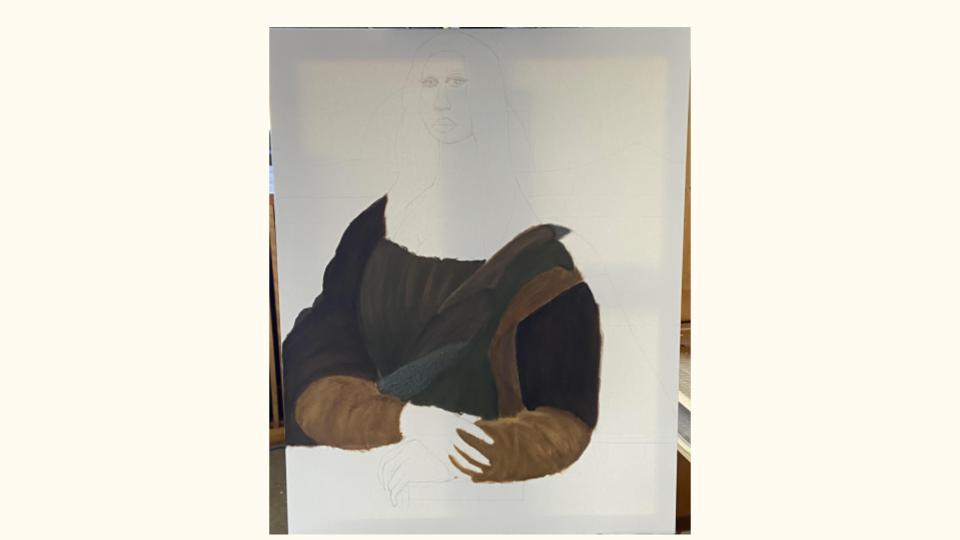 One of Gabby’s in-progress paintings. 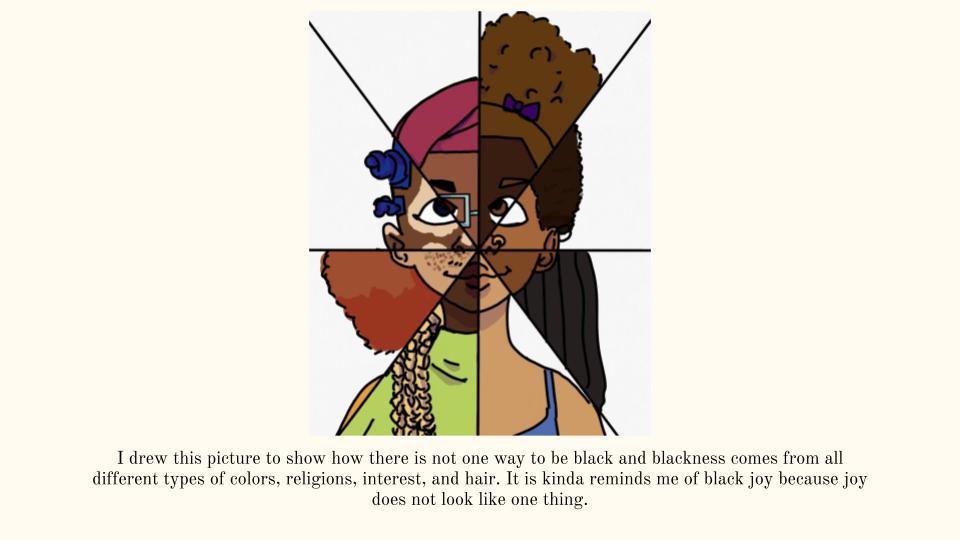 A piece by Angie, with her artist statement.
Bella H. ’23 and Crystal S. ’23 performed a spoken word poem, “Black Joy” (with some alterations).
The audience was given a chance to flex their Black History knowledge with a friendly game of jeopardy. Categories covered five disciplines: music, movies/tv, culture, geography, and even featured a random or mystery category. Questions covered a wide range of Black history, such as: Who was the first Black second baseman? What does RnB stand for? Name three countries in West Africa.
To close out the assembly, BLSU brought the good vibes with another virtual Soul Train procession featuring Beyonce’s “Before I Let Go” and Stevie Wonder’s “Uptight”. Members of the entire Emma community were spotlighted on Zoom, dancing with friends, in offices, and even in advisory groups throughout campus. Black Joy was on full display and our appreciation of BLSU’s efforts were echoed by the dancing zoom bubbles filling our screens.
Celebrations on Mount Ida will continue not only throughout the month of February, but all year long, as we acknowledge the countless ways Black history has influenced our world. We would like to thank and congratulate BLSU for another year of impactful  programming and allowing us to share the joy you bring to our community each and every day.