5/16/2022
The Emma Willard School community—Trustees, EMployees, and students—gathered on Mount Ida on Friday, May 13, to celebrate a momentous occasion: the launch of Infinite Horizon: The Campaign for Emma Willard School.
As students, faculty, staff, and board members gathered under a celebration tent overlooking the playing fields, Board Chair Lisa Allen LeFort ’72 welcomed the excited crowd. Head of School Jenny Rao marked the moment with these words: “This gathering is about advancing our founder’s vision, boldly wrought more than 200 years ago and realized with steadfast will and strategic action. Emma Hart Willard could see a vision of educated women working to better a world that needed their minds and hearts focused on the future—on the students they would teach, on the travel that would broaden their perspectives, and on the communities they would serve and shape.” 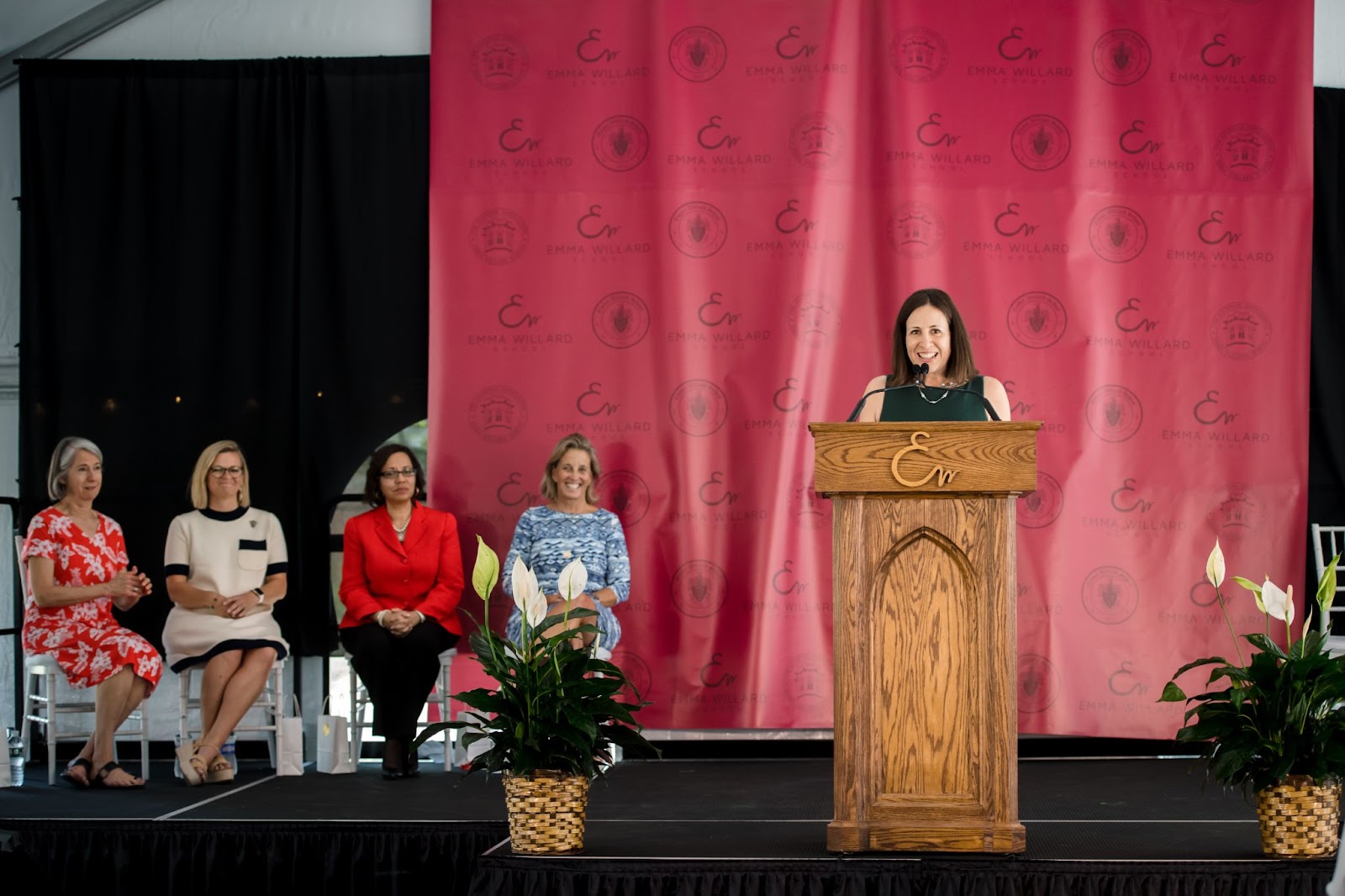 Harkening back to Emma Hart Willard’s own words, the community reflected on Madame Willard’s 1819 “Plan for Improving Female Education”—how far we’ve come and the horizons that lie before us—through a poignant anthem video. The student body cheered in typical Emma style as their classmates were featured.
Ms. LeFort framed the significance of the moment, saying, “There is an urgency in our community to engage the complexities and challenges of our times. Through this campaign, we will build on our history and define anew the legacies that will serve us into the next century. We are charged with sustaining our school by reimagining the skills and knowledge to prepare our students for the future. We will be ambitious in this venture.”
Indeed, this ambitious venture is key to the successful journeys of today’s students and those who will come after them. In looking toward their own horizons, students Krisha J ’24, Gabby P. ’23, Olivia L. ’24, and Taylor S. ’22 shared hopes and dreams beyond Emma. "I see myself helping shape the world,” Krisha remarked. “I do not only see my endeavors and goals surface, but I also see myself being of utmost help to the people around me.” 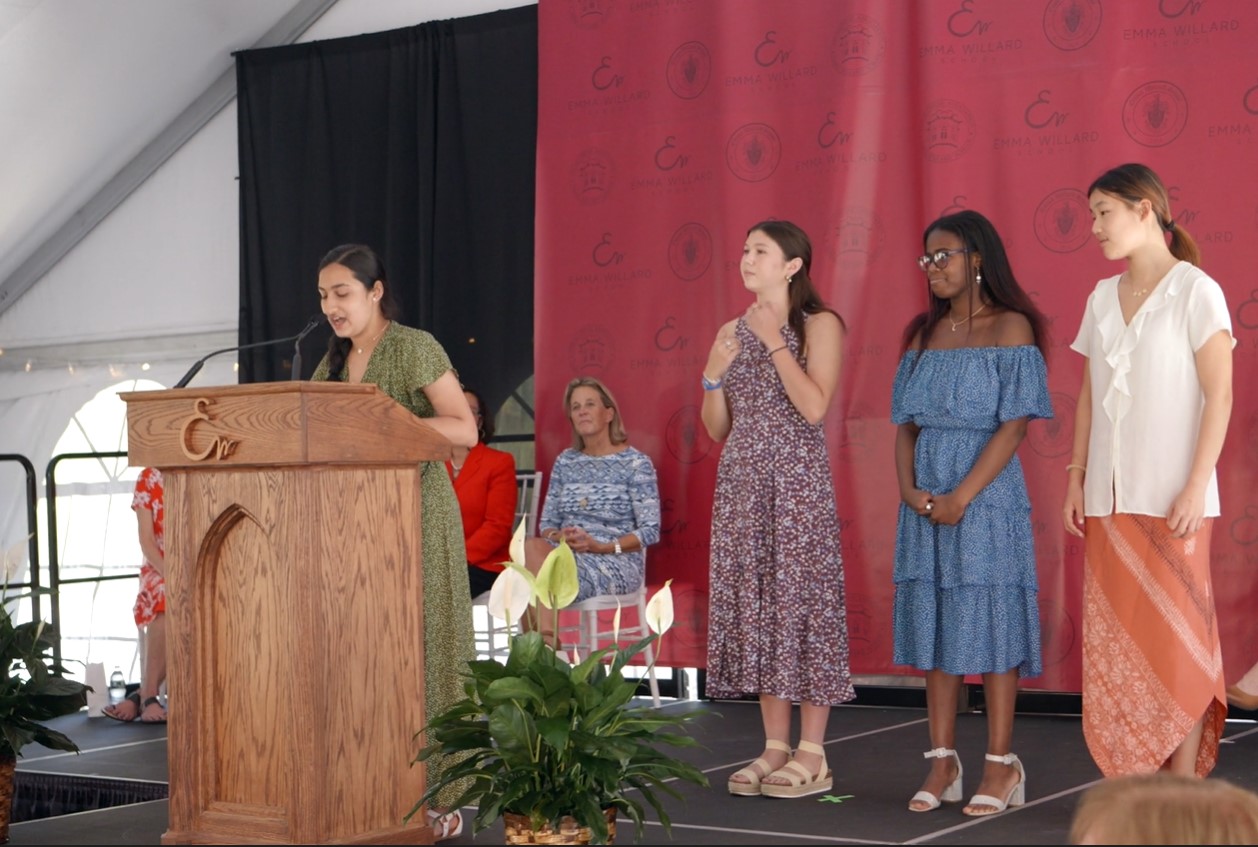 Envisioning each priority in turn, speakers shared their own visions for the future. “We see more opportunities for students to stretch themselves intellectually, to gain first-hand experience in different cultures and communities, to take more ownership of their education,” Ms. Rao began. “We see teachers gaining more time, space, and funding to develop new courses and programs, to seek inspiration from new sources, and to bring new research and experience to campus.” From a new Center for Teaching and Learning to investments in student wellbeing and belonging, Infinite Horizon promises to advance Emma Willard School into new frontiers of education—fostering creativity, experimentation, reflection, enhanced learning, and professional development.
“I see on the horizon a transformed school—from the classroom, to the arts, to the sense of community and well-being in an awe-inspiring campus that gives more students greater access to an Emma Willard education,” Ms. Graham declared. She shared the school’s commitment to increased access through endowed funds for financial aid, which was received by spontaneous applause from the student body.
“We see a contemporary home for the arts […] and programming as imaginative and ambitious as our students and faculty,” Ms. Gill Anderson said, announcing a landmark renovation and expansion of the current chapel to create a hub for the Emma community, both for gathering together and for accommodating the school’s performing arts programs.
Sharing her vision for strengthening our community, Margaret Wing Dodge Instructor in Literature Meg McClellan expounded on new faculty housing initiatives. As interim coordinator of the newly-named Starzinger Writing Center, Ms. McClellan also announced that “the Starzinger Writing Center has taken shape after we recently received a remarkable commitment of $1 million from Page Starzinger ’76 to deepen the school’s already strong focus on writing and poetry, creating a model of writing culture and pedagogy.”
In further strengthening the community, Assistant Director of Student Wellbeing Evangeline Delgado shared a vision to strike a balance between individual growth and development and collective health and wellbeing. “I see the horizon for our school, and it looks like a community where we cultivate the curiosity to constantly work towards a deeper understanding of what it means to be human—what it means to care, learn, feel, and grow,” Ms. Delgado closed.
Initiatives to endow support for the historic Emma Willard School campus, a National Historic Landmark, as well as sustain the school through philanthropic gifts to The Emma Fund rounded out the priorities announced.
To further underscore the momentum of the initiatives contained within the campaign priorities, Ms. Rao announced an inspirational lead gift of $30 million to fund the Alice Dodge Wallace ’38 Center for the Performing Arts. Renderings of the proposed renovations and sustainable subterranean annex drew gasps of excitement and applause from students and faculty alike. 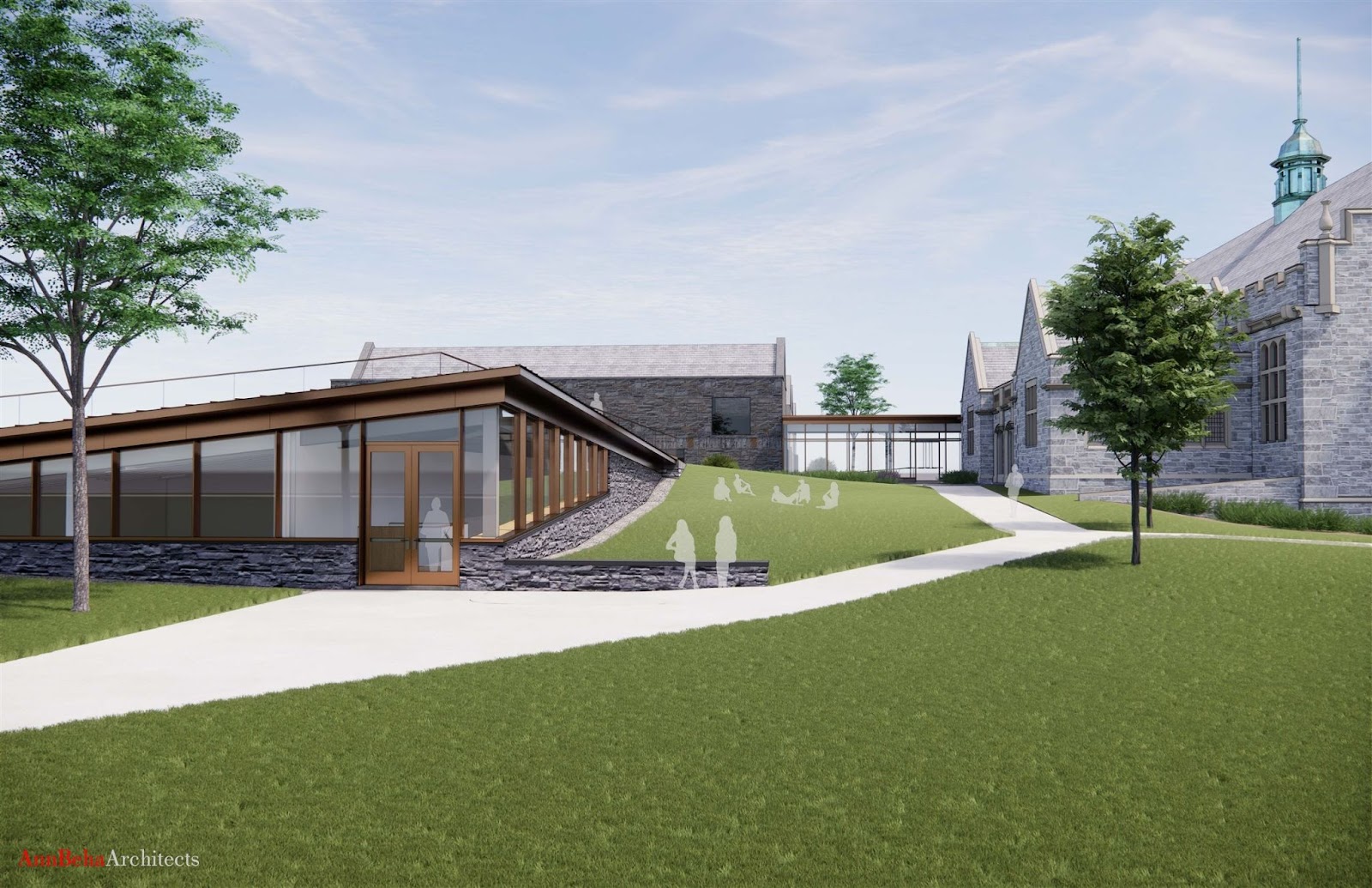 Including this lead gift, Ms. Rao announced that over $118 million has already been committed to the campaign by early donors, a fact which was celebrated with confetti and cheers! Ms. Rao finished by declaring that this magnificent and unprecedented philanthropy has inspired a total goal of $175 million dollars by 2026! 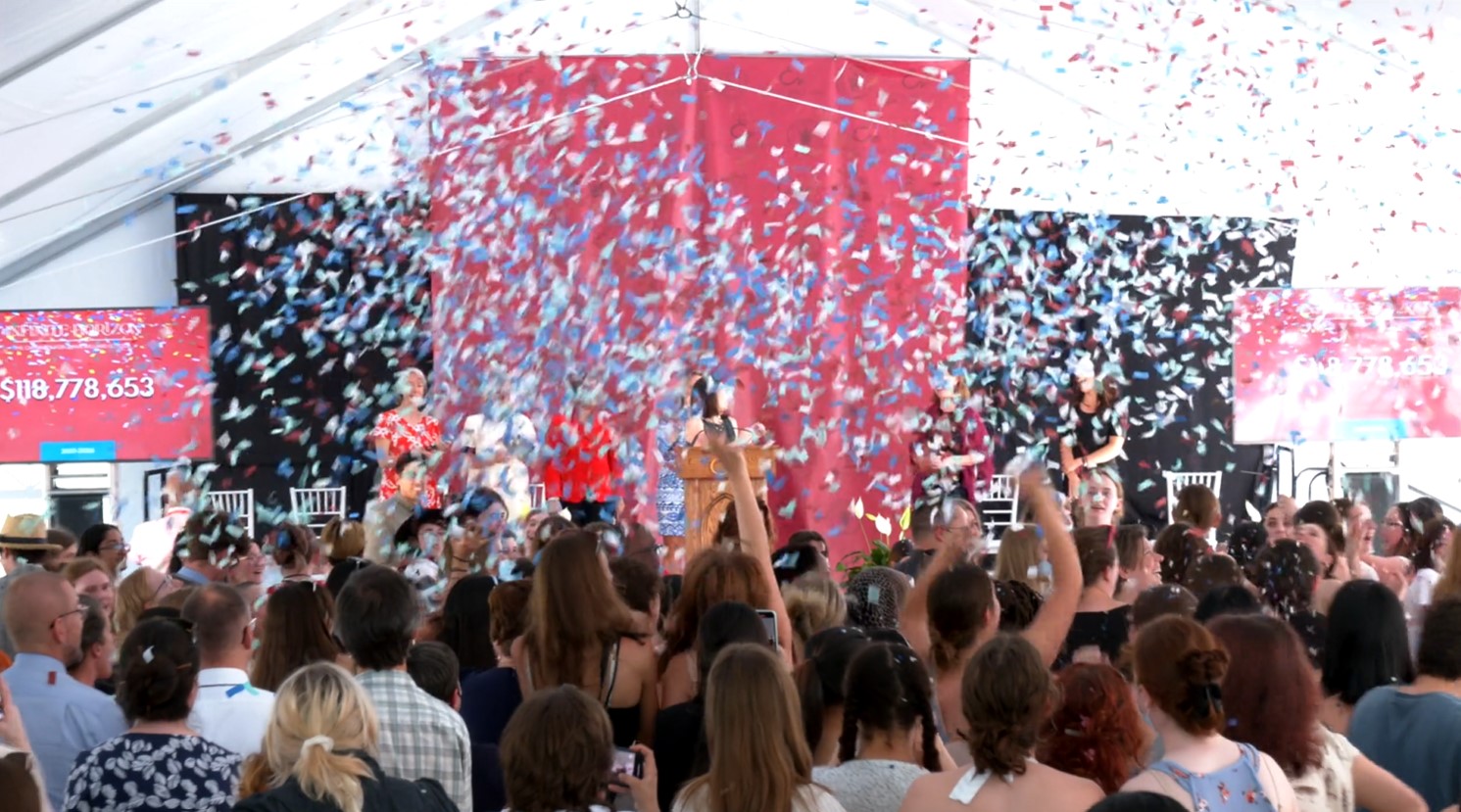 Megan Toohey Scremin ’00, chair of the school’s Development Committee, shared final thoughts: “We embark upon this campaign, eager to take Emma Willard toward an infinite horizon as a leader in education, curricular innovation, in promoting the wellbeing of each member of our community, and in service to a world that so desperately needs us.” Addressing the Class of 2022 specifically, she remarked, “It is my hope that you are preparing to graduate with a sense of pride, purpose and agency that you maybe didn't have four years ago…and that this ambitious campaign will only anchor you even further to this school we all love so deeply.”
With a campaign goal of $175 million, Infinite Horizon stands to be the largest capital campaign for an independent girls’ secondary school in American history. This five-year effort of dedicated outreach will realize the aspirations of our strategic plan, Leading with Purpose, through inspired gifts of philanthropy from all who care deeply about Emma Willard School’s mission.