Relationship Between Background and Values
Website | Video Presentation
My project was based on the question: How do people’s backgrounds relate to their core values in life, and how do those values affect people’s response to situations about prioritizing certain values? I did a series of interviews with adults and students in the Emma Willard community through a hybrid format. I first had an in-person interview and then I sent everyone an anonymous Google form with the same questions to fill out only if they had anything they wanted to add but did not feel comfortable sharing in the in-person interview. The interview was broken down into three sections: background, current values, and real life situations. After the interviews and collecting all the data I realized how much more there is to learn about my project and how many different ways I can look at the information. However, I was still able to identify connections between interviews. I found contradictions between values people believe they have and their answers to real-life situations, I found connections between the religion that someone grew up with and their current beliefs, and I found connections between how people defined their economic status growing up and then their answer to real life situations about money.  With all of this in mind, I decided to create a paper that demonstrates the connections I made and an answer to my essential question, while including other questions that came up for me while analyzing the data. 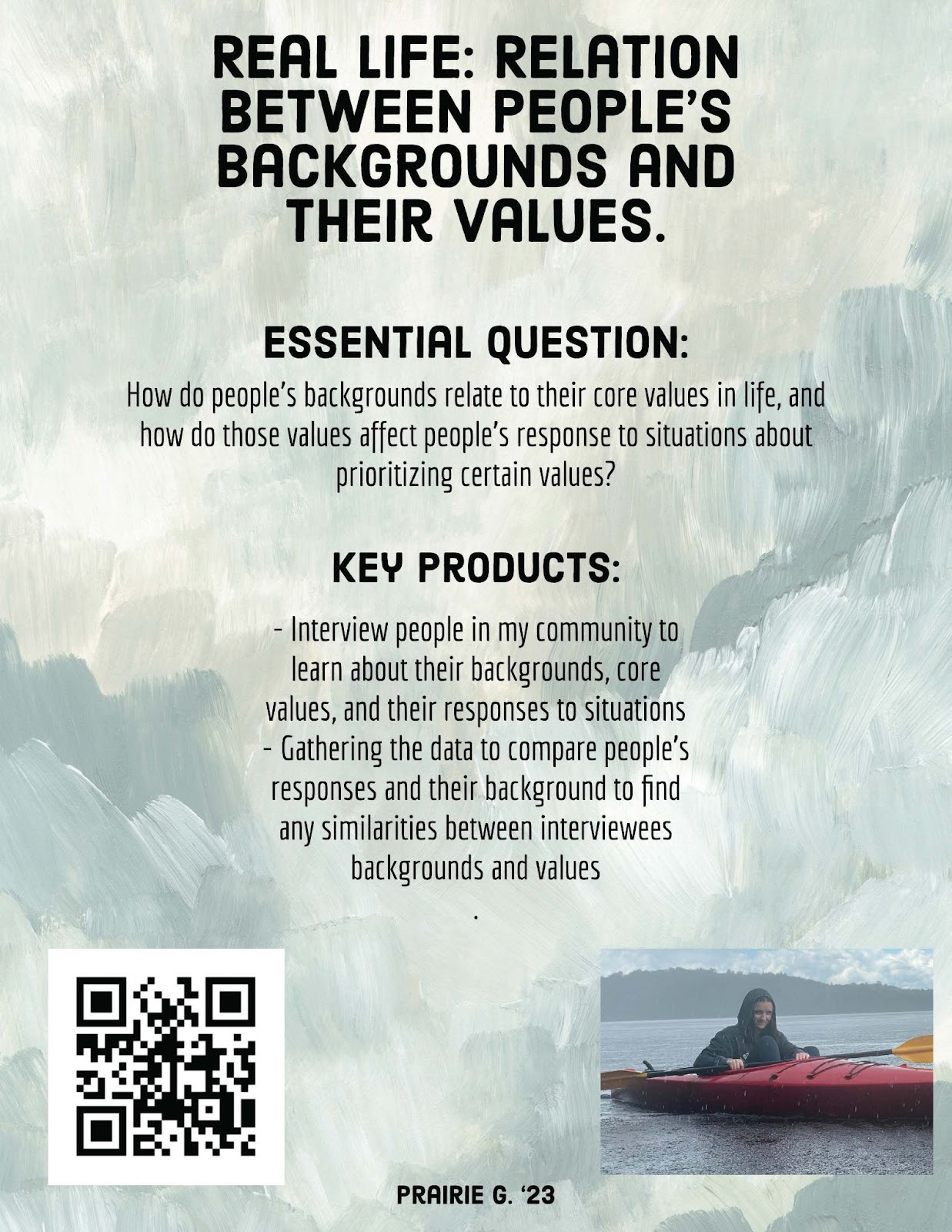 Examples of Cultural Export: Forum Discussion on the Anime Subculture in China
Website | Video Presentation
(Investigating eastern and western philosophies presented through beliefs/religions/myths in animes.)
My project has transformed alongside my knowledge of the Anime culture in Japan, from focusing on the series of cultural exchanges between China and Japan to establishing an interscholastic Anime discussion forum. I decided to take the chance as an exploration of my hobby in relation to my academic interest in international relations and culture. Having collaborators, then, becomes extra-important: their support and opinions are precious, for I could not have constantly redirected myself onto paths that are estranged from my knowledge without other points of view. By investigating the history of Anime since the 1970s in Japan, I have been able to discern similarities and differences within the subculture in China that has prospered since the 1980s. This has led to an understanding of  both modern China and modern Japan’s heritage of their ancient cultures in relation to the atomistic societies influenced by technology. 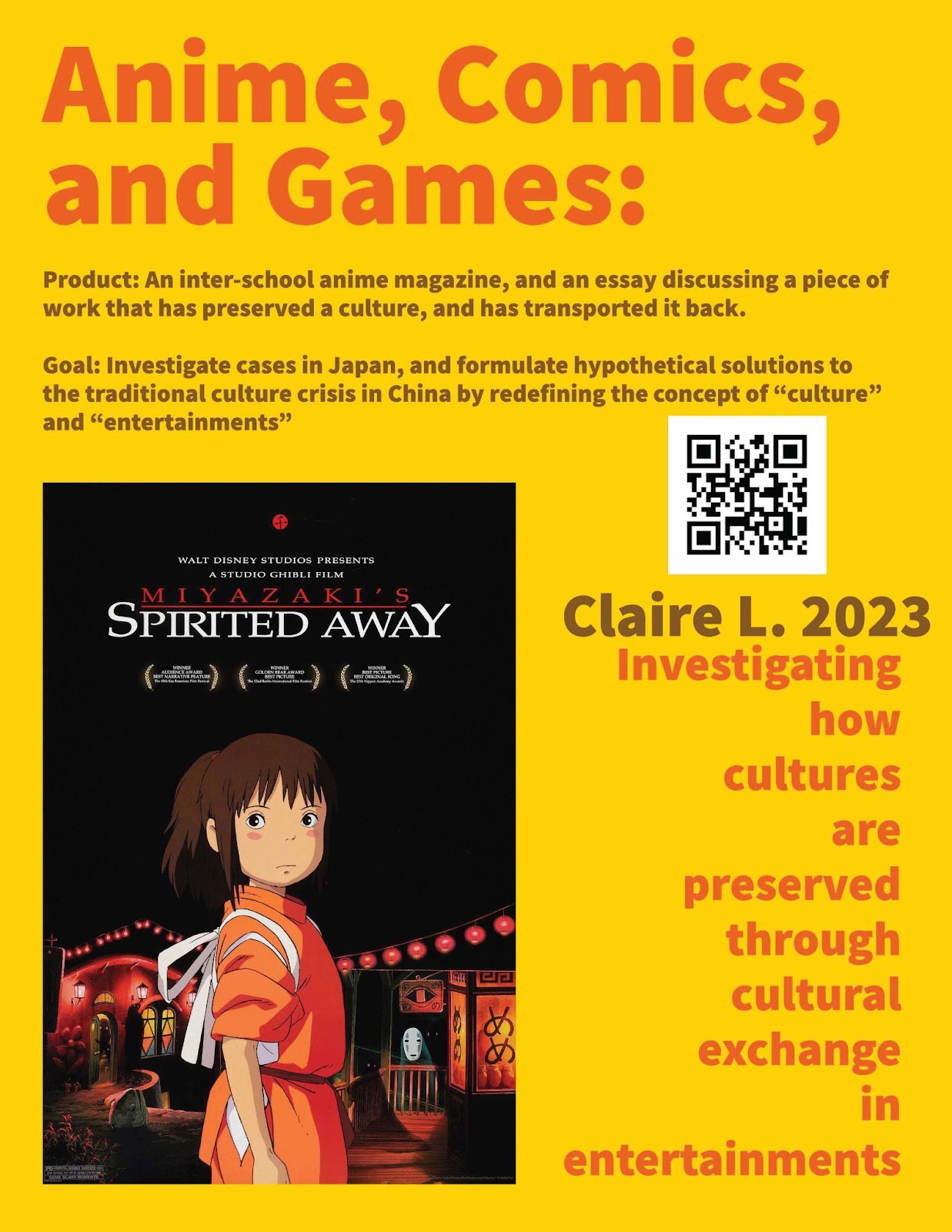 Re-Equip: Combatting Daily Challenges with Philosophy
Website | Video Presentation
How do philosophers save us from procrastinating? How can we live every day with a little more joy? Re-Equip, my Signature project, was born from an illuminating realization of philosophy’s practicality in combating challenges I faced during the pandemic, such as the increasing urge to procrastinate! My work strives to digest seemingly esoteric wisdom to help people at and beyond Emma to live every day more purposefully. Spanning over two years, my project has been a continuation of my own philosophy-learning journey as well. My website encapsulates my work, including brief overviews of different schools of philosophies, a gallery of enlightening quotes, and articles I’ve written on motivation and happiness through the eyes of a myriad of philosophers. 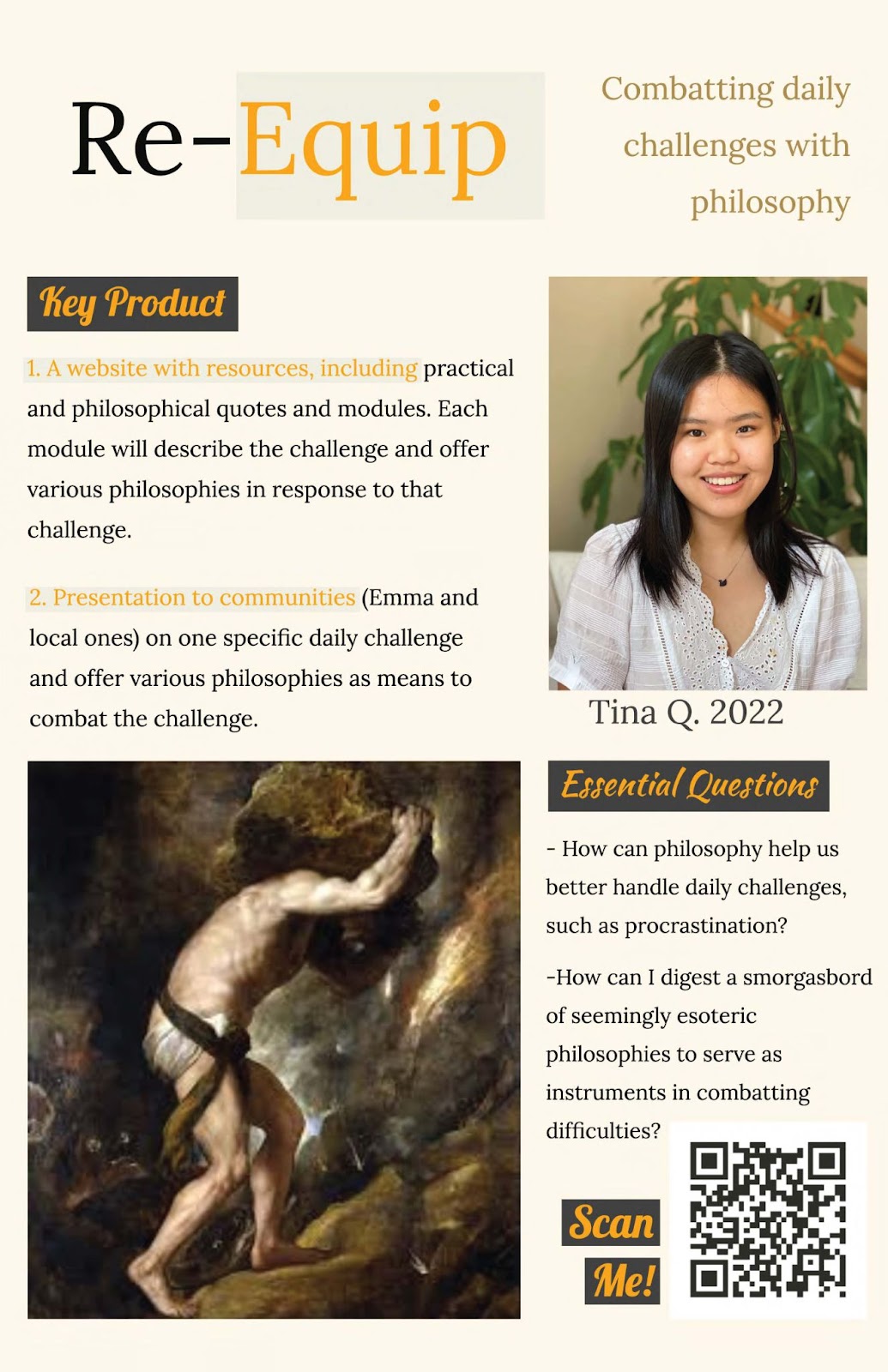 Intersectionality in Education: How our identities and backgrounds affect our education
Website | Video Presentation
My Signature project is about exploring intersectionality in education, and I defined intersectionality as recognizing the complex ways in which social identities such as race, class, and gender overlap and interact with each other. I am seeking an answer to the question, “How do our diverse identities and backgrounds shape our experience in education?” To do this, I first spent time researching and reading articles about ways people’s backgrounds can and have affected their experience in education. Then, I shifted my attention to the community here at Emma Willard. We are all students at this school, but the backgrounds from which we come from are vastly different and full of rich and unique experiences. I chose a few students to interview, and had in-depth conversations with them about their stories, identities, and backgrounds and how they believed that these factors interacted and influenced the way they view and encounter education. Through these interviews, I discovered such varying perspectives on education, and gained such interesting insight on the diversity of thought and experiences that shape who we are and why education matters to us. My findings and understanding gained through this project have been fascinating to me, and I hope to share them with you all. 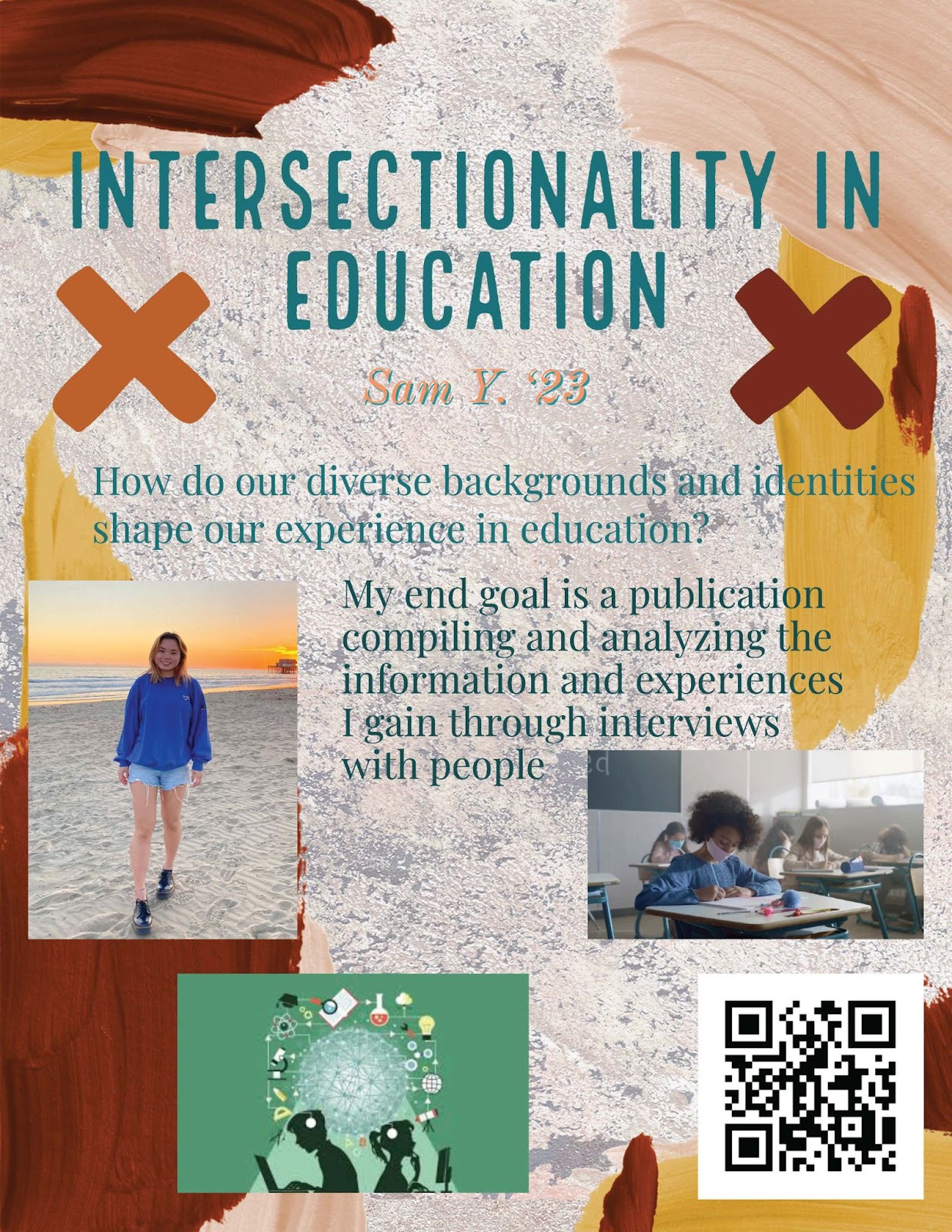